In 1965 Charmakki Narayan Shetty acquired the immense Woddaegudda coffee plantation, which would go on to become the heart of Seven Beans Coffee Company, founded by his grandchildren Abhijit and Advith Shetty. Engineers by profession, both of them worked in the family construction business – with a focus on infrastructure construction from 2007 up until the start of Seven Beans in 2013. 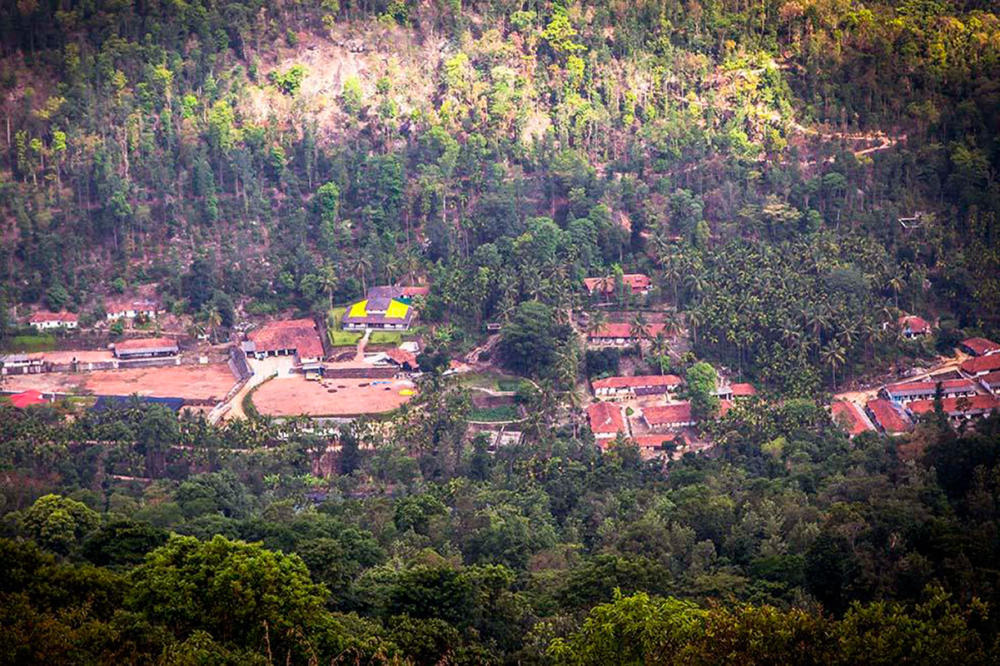 The company has been formed in partnership with Caffè L’Antico and is an artisan ‘crop-to-cup’ venture between Indian Coffee Growers and Italian Roasters. The perfect blend of talents; coffee grown in the hills of Chikmagalur is roasted using traditional Italian techniques to produce exquisite gourmet coffees assured to elevate the senses. 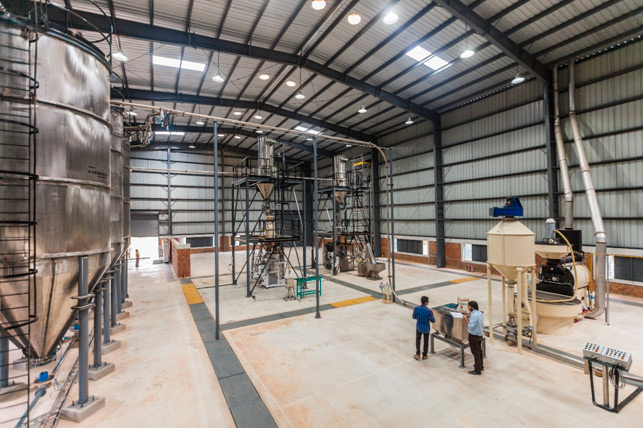 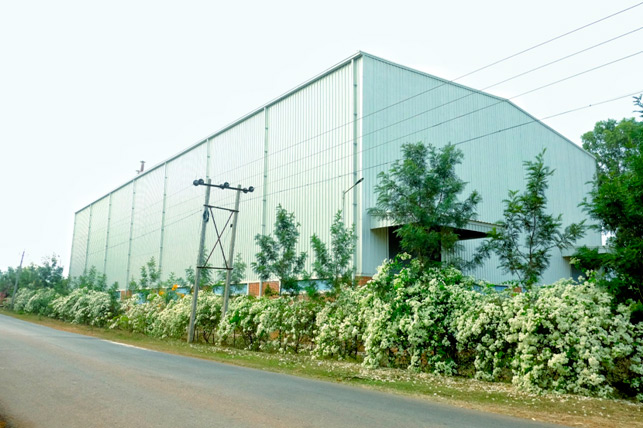 The Shetty family owns over 2000 acres of Arabica and Robusta coffee plantations and produces some of the highest quality green coffee in India. The Seven Beans Coffee Company Roastery was built in collaboration with Caffè L’Antico and is a state of the art 15,000 sq ft facility built just outside the city of Chickmagalur, overlooking the very scenic Muthodi forest. Caffè L’Antico played an instrumental role in setting up this facility; every minute detail from the layout of the Roastery to the selection and purchase of the machines from Italy was done under its guidance. In addition to this, Caffè L’Antico developed signature blends exclusively for Seven Beans Coffee Company using coffees from their plantations and trained them on the timeless art of Italian Craft Coffee roasting techniques. 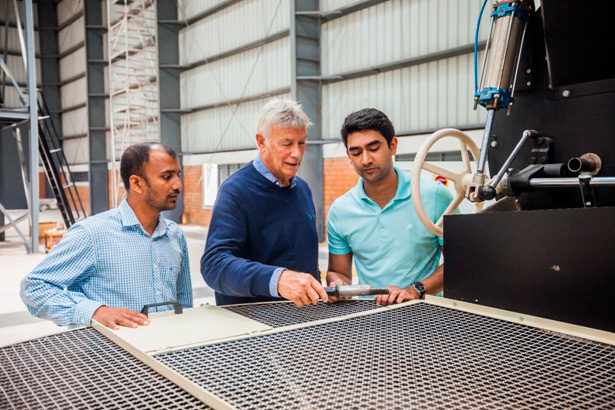 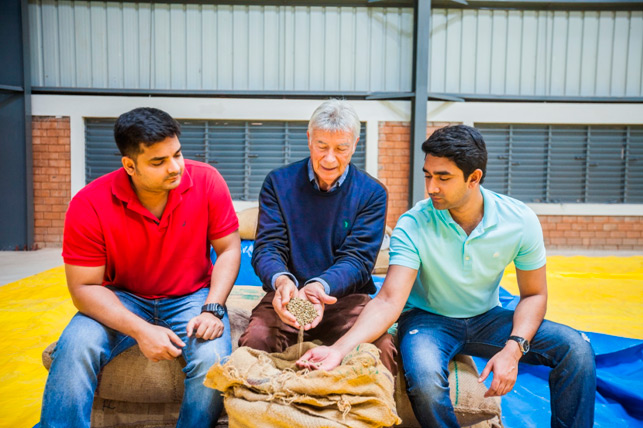 The Shetty family’s immense coffee plantations are spread over five properties; the primary Woddaegudda, with a production mainly of Arabica together with Sathyanarayana; Balekhan, Urubage and Sai Ashirward, all of which produce a mix of Arabica & Robusta. 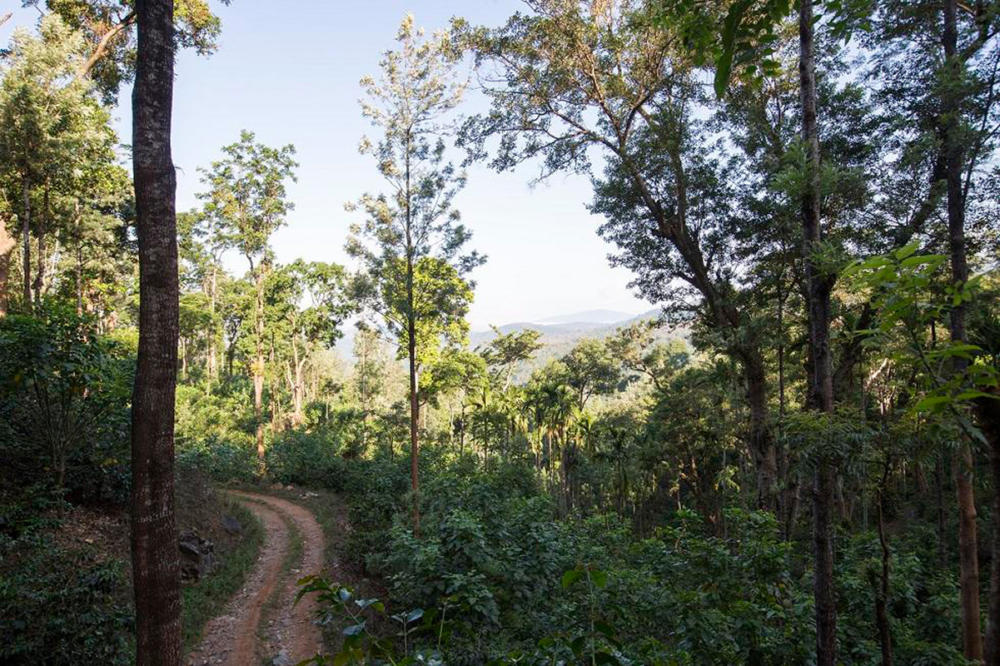 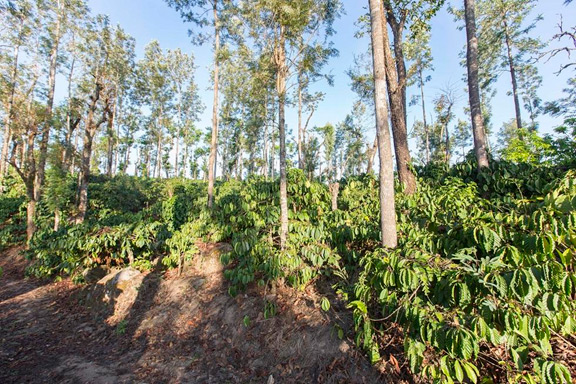 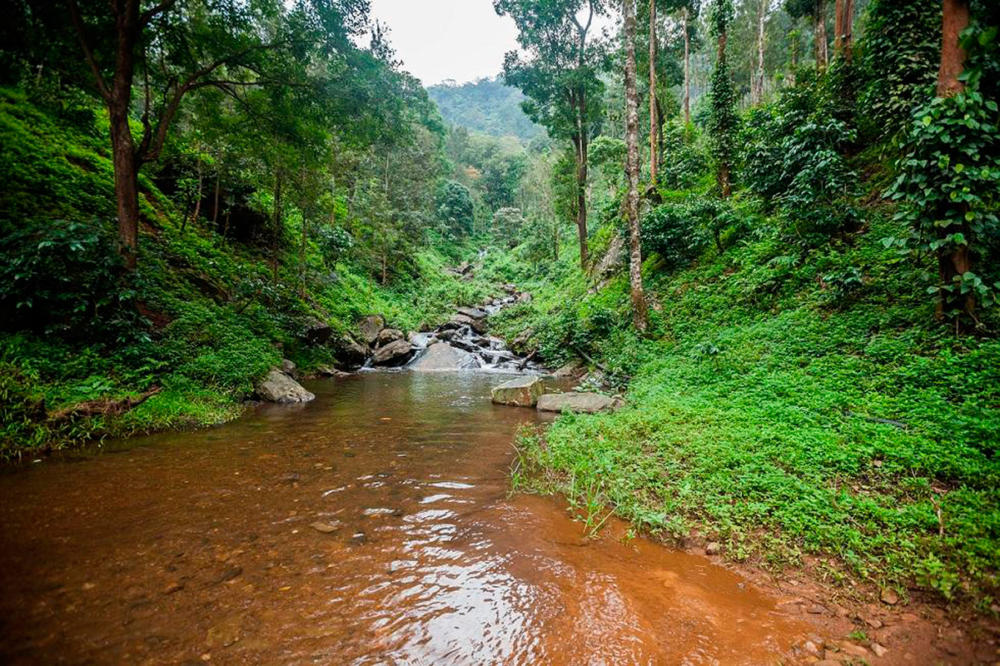 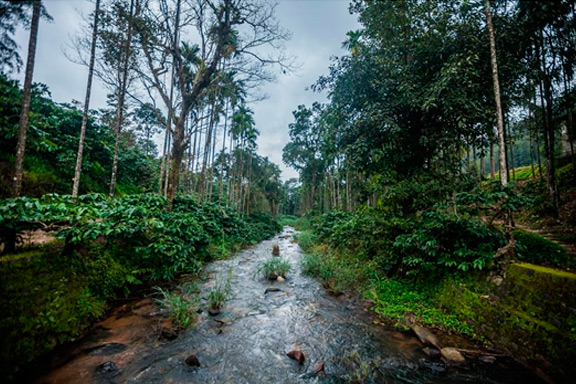 The project began to take shape in 2012 with the first meeting between Dr. Dante Cagliari, his team and the Shetty family and the partnership was finalised in 2013.

The entire project was conceptualised and built from the ground up under the watchful guidance of Dr.Dante Cagliari with production commencing in March, 2015. 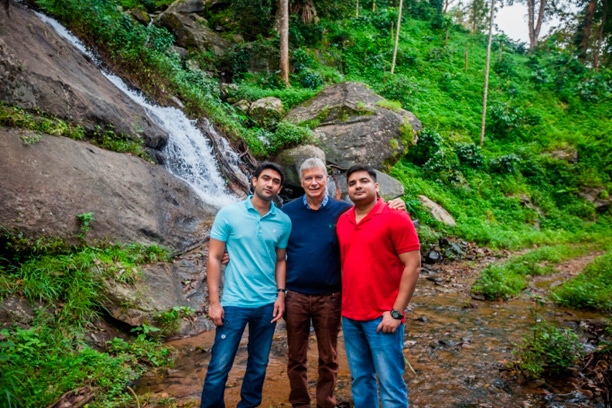 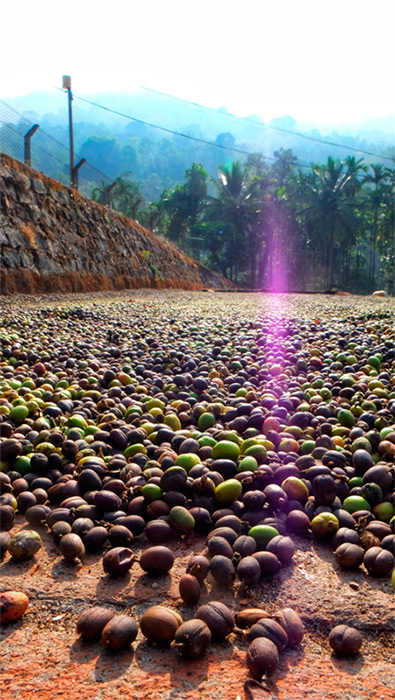 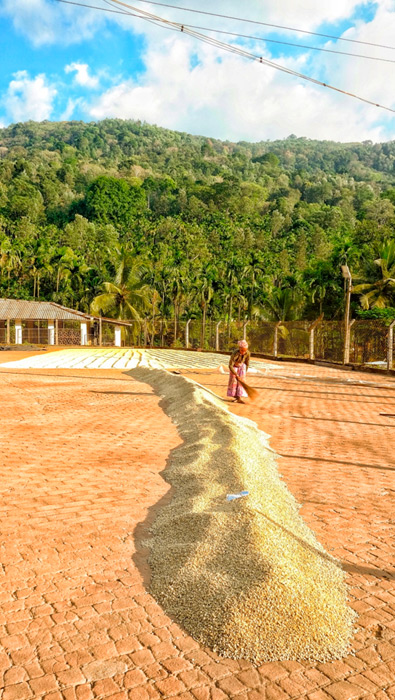 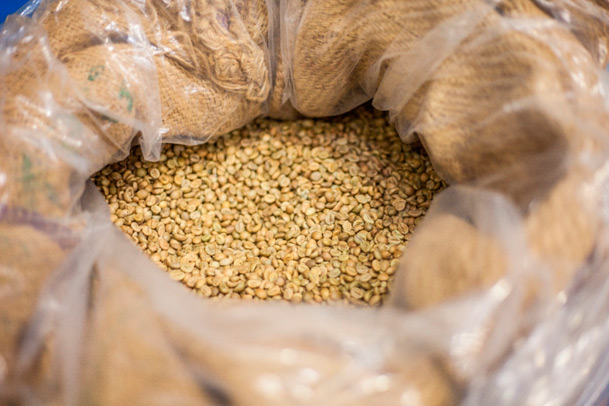 We are particularly proud of this ambitious project that has brought our Italian Espresso to the Indian continent with enormous success!

Seven Beans coffee company is currently ranking among the best Indian coffee companies and we are sure it will continue to grow considerably. 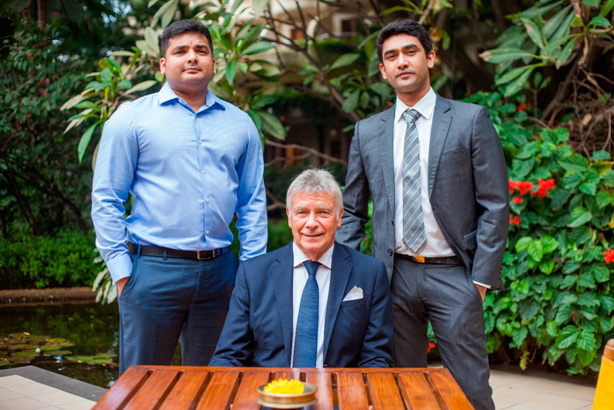 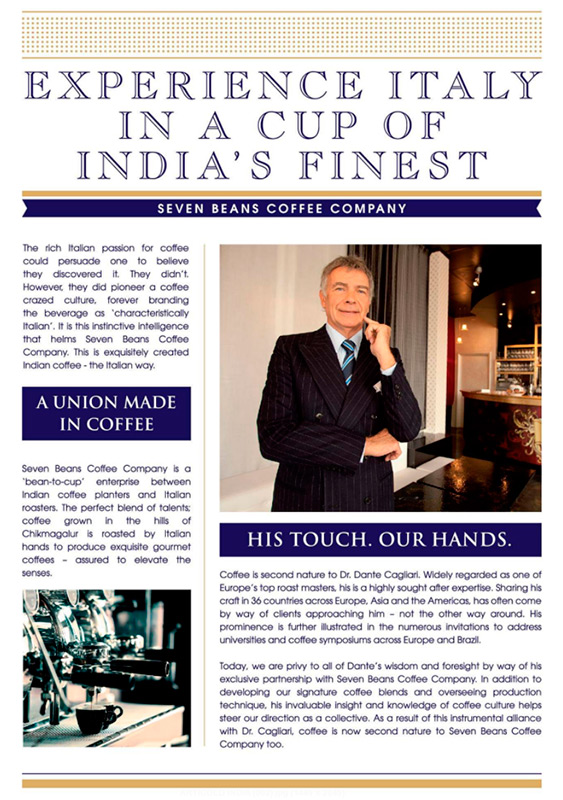 This website uses cookies and third party services. Continuing the visit, you accept their use. OK
Go to Top